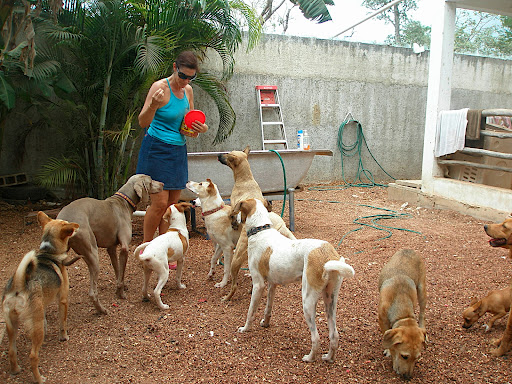 Andy and Jenn, a British couple, have established a pet shelter at their home across the highway in Playa del Carmen called the Peanut Pet Shelter. They take in dogs that have been abandoned on the streets, rescue dogs from situations where they are being mistreated, and accept unwanted puppies. Adoptions are free, inoculations are up to date, and most dogs have been neutered. There are often almost 50 dogs there, ranging from large to small, pure-bred to mutt, and everything in between.

A new kennel is under construction on the property next door which they have leased. This will include covered shelters, a run for the dogs, and an area for the puppies where school children will be invited to visit. The project is expected to cost $10,000 – $12,000 US. Donations are always welcome and generous donors will be commemorated on the front wall. The website is: www.playadelcarmenpets.com.

A talent show fundraiser for the shelter is planned for the end of July. It will be held at Bad Boys Bar on the beach between Calle 2 and 4. Any person or group can enter an act including singing, dancing, playing an instrument, a funny skit, magic, lip syncing, stand-up comedy, juggling, or strip-tease. Each person or group needs at least 500 pesos ($50) in sponsorship. A DVD will be made of the evening and will be available for sale. Also, a T-shirt is planned with something like: “I did it for the dogs.”  All proceeds will go to the Pet Shelter. 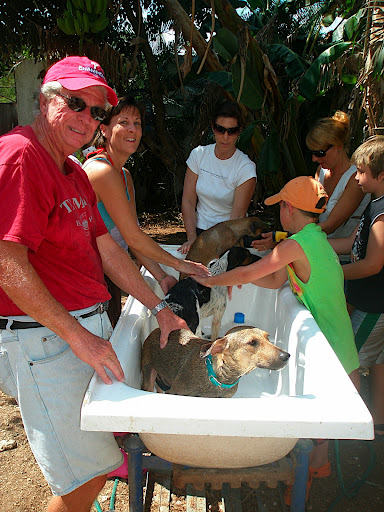 Every Saturday afternoon the shelter welcomes volunteers for dog washing. A tub is permanently installed in the yard where two or three dogs at a time are washed with flea and tick repellant shampoos, handed to a person for drying, then released to shake, run and often roll in the dirt and wood chips of the yard. Sometimes there are children present, tourists stop in who have read about the shelter on the web, and many faithful ex-patriots and Mexican citizens arrive for an afternoon of dog loving. 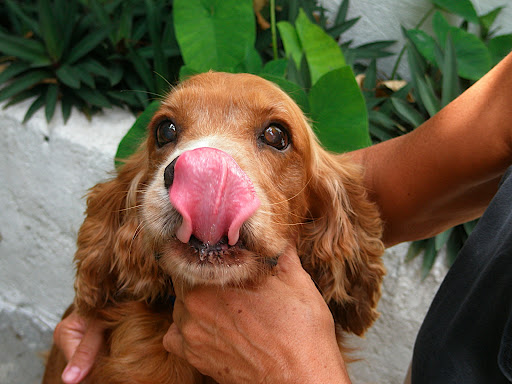 This is Freddie, an 8 or 9 year old cocker spaniel that Jim and I adopted from the shelter in March. He doesn’t see very well, but he does love to dig in the garden. Jim fell in love with him on his first visit to the shelter and three days later he was ours. We love him and have truly found man’s best friend.